Detensor Traction System or Detensor therapy is a series of products that have been developed to offer relaxation and joint relief by traction using an individual’s body weight. It intends to be useful for people looking for non-chemical and non-surgical temporary relief to pain. These hypoallergenic foam based Detensor products are helpful in different postures and during different situations or activities. Detensor Cervical Traction Pillow, mat, mattress, mattress topper, and a few other products are helpful to relieve Lower back pain, back pain, and neck pain. This article is all about the Cervical Traction Pillow Detensor. 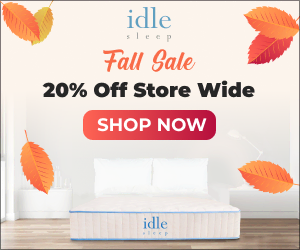 Recommended Mattresses for You

Expanding from the base of the skull to the bottom of the neck, the cervical vertebrae of the human spine is likely to experience the greatest stress all through the day. This body part requires additional care or otherwise may lead to cervicogenic headaches and even several progressive disorders.

The Avazo’s Detensor Cervical Traction Pillow precise design prevents any of these negative consequences. Moreover, this cervical neck support traction pillow roll provides safe neck cervical spine area gentle traction to relieve many different causes of back and neck pain. Lying on this pillow in a prone position, people can treat their spines to a relaxing and rejuvenating tractive treatment. It also makes a relaxing and comfortable pillow for night sleeping. Also, it is also useful for people with scoliosis and degenerative disc disease. Made in Austria, buy this product for just around $110.

Cervical Traction Pillow Detensor How Does It Work?

The functional cervical spine (FCS) extend and support device Detensor, FCS in short, helps relieve muscular tension in the cervical region and is effective in treating patients suffering from cervical headaches. The Cervical support works by providing a mild stretch which contributes to the traction along the entire spinal column. Sleeping cervical stretch and neck support pillow is very compact, yet a useful, effective device that works to improve spine health in the cervical area. The FCS is useful as a stand-alone product or purchase with the full Detensor Traction System, for entire body support.

Cervical Traction Detensor Support Pillow How To Use?

Firstly, by both hands place the FCS preferably in the middle of the back neck. Position it in such a way that both your hands touch each other with the flat side down. Then, squeeze FCS pillow, preferably for at least half of its original size. Then, ensure that the edges (alongside) where the flat bottom or in the convex top the neck stub end form merges not be bent upwards but downwards to the flat side down.

Second, create the FCS as a tide in the neck by holding the FCS at both ends up. Next, move the FCS towards head about 1/2″ and then let the FCS straighten and take its original shape. Now tracks a little long strain on the neck which is no longer to touch after 2-3 minutes. Repeat this process 2-3 times in the distance of 3-5 minutes.

Where To Buy?
Cervical Traction Pillow Detensor Tips On Using

You can buy this product both online and in stores. To find the nearest store, check this link https://avazo.com/detensor-products/where-to-buy/ from Avazo official website or buy online by clicking on an exclusive tab on its web page avazo.com.

Cervical Spine Traction Device Detensor Pillow is the safe, effective and doctor recommended product to help your cervical vertebrae. Just spend 45 minutes or a maximum of up to 1 and a half hours, but no more than that to allow the spine to open, nourish and hydrate.